Home / NDI Give’s Back Warrior’s Walk: The True Meaning of Christmas (For Me) 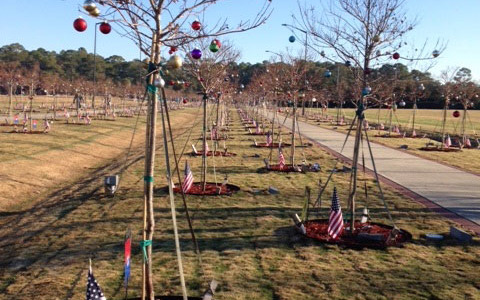 I was all set to post a blog entry about insulation this week. I’ll get back to building soon enough but for now, there is something else I want to talk about. I’m sure if you’re like me, the holidays mean running around trying to get things done in preparation for the season. It means over programming and over doing. So this year I’m going for simple. I’m even thinking about not sending out a Christmas card – GASP.

Because to me, the true meaning of Christmas isn’t about shopping or decorating. It’s about being thankful for my family and for all of the things I sometimes take for granted. And it’s about the little (and big) things we can do for others.

I was at a wedding of a dear friend back in October. At the rehearsal dinner, I was reintroduced to another friend of the bride. Erica and I had met years ago, but we haven’t seen each other in a long time. Her husband serves in the US Army and up until recently, they had been stationed in Germany. Erica and her family are currently stationed in Fort Stewart, GA. We spent the weekend reconnecting and in doing so, Erica talked a lot about what it has been like serving the troops and their families at Fort Stewart. She’s really enjoyed her time there.

Erica also told me about a very special place at Fort Stewart. It’s called Warrior’s Walk. Warrior’s Walk was created after Operations Iraqi Freedom and Enduring Freedom began. It’s a tribute to the soldiers from Fort Stewart who have given the ultimate sacrifice for our freedom. Each tree is planted in memory of a soldier who has been killed. 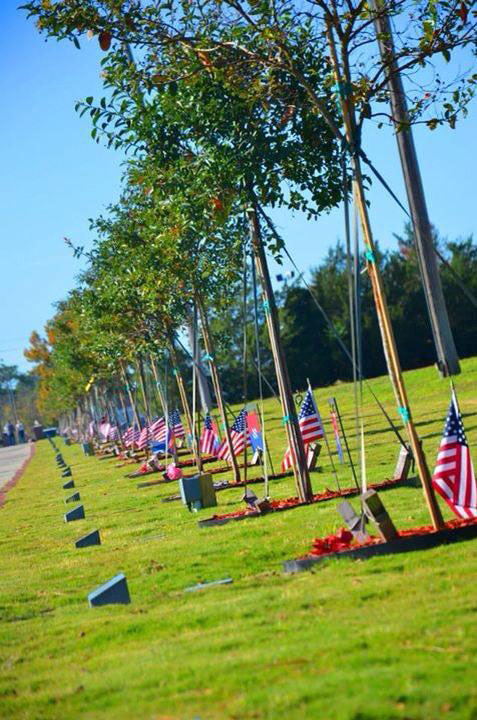 Over 400 trees have been planted for these brave soldiers. 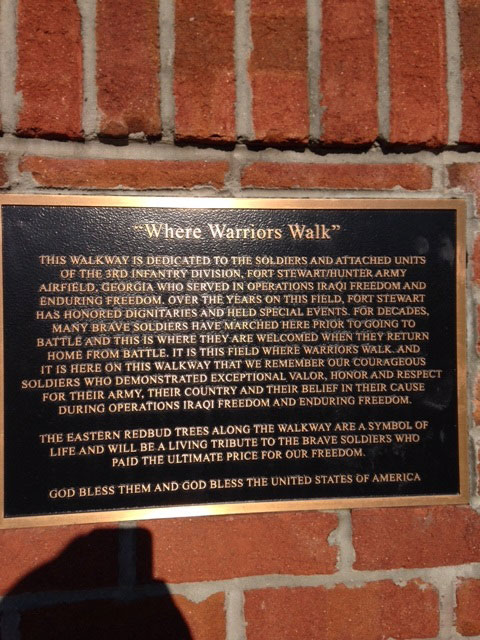 A few years ago, one of the Gold Star moms was visiting her son’s tree over the holidays. Her son was killed in Iraq in 2009 and left behind two small children and a wife.

During her visit, she noticed the trees looked barren and depressing during the holidays so she decided to decorate them. Over the years, she’s collected donated ornaments and received help from other Gold Star moms and soldiers across the post. She often takes pictures for other Gold Star moms who can’t visit their child’s tree for the holidays. Sadly, each year, new trees are planted and they are always short ornaments.

Which gave me an idea.

I came back to the office and at our next staff meeting, I asked our team if they wanted to help collect ornaments to decorate the trees at Fort Stewart. It was no surprise to me that I got a resounding yes.

So we started collecting. 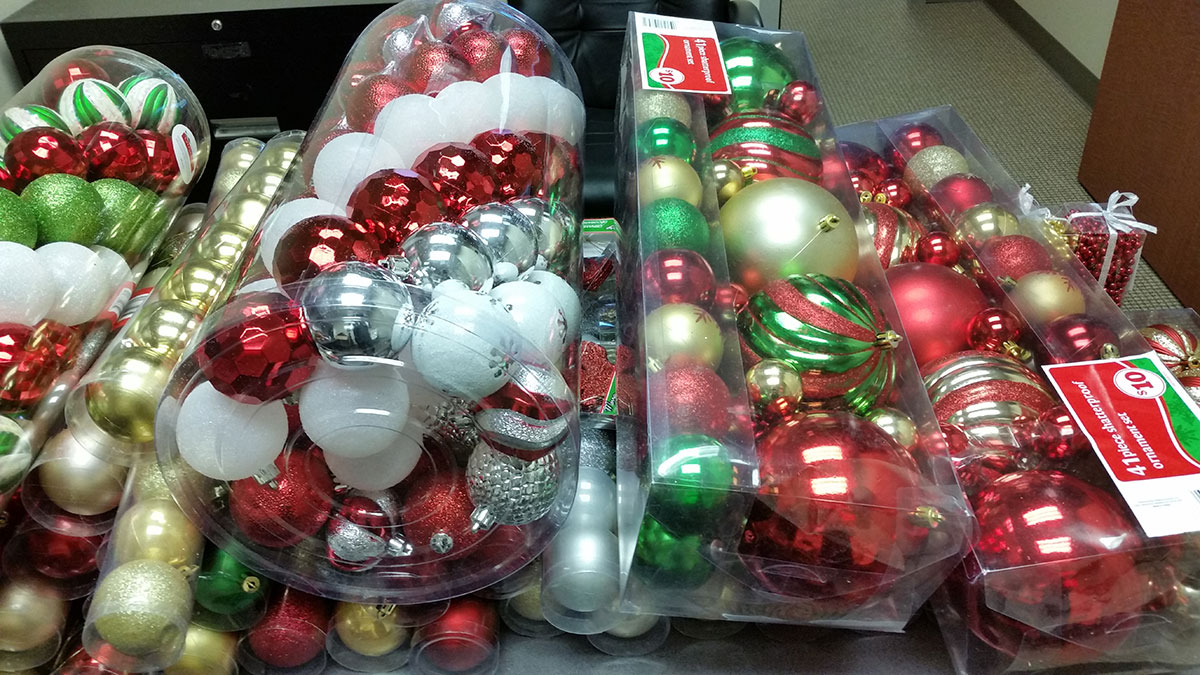 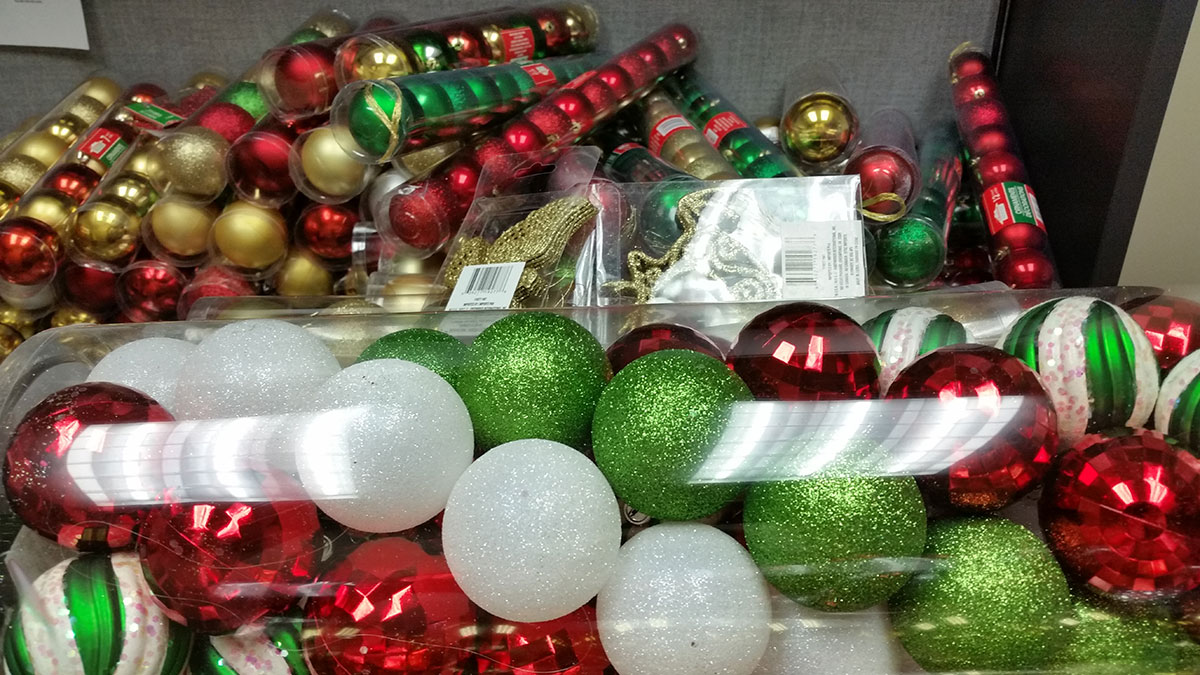 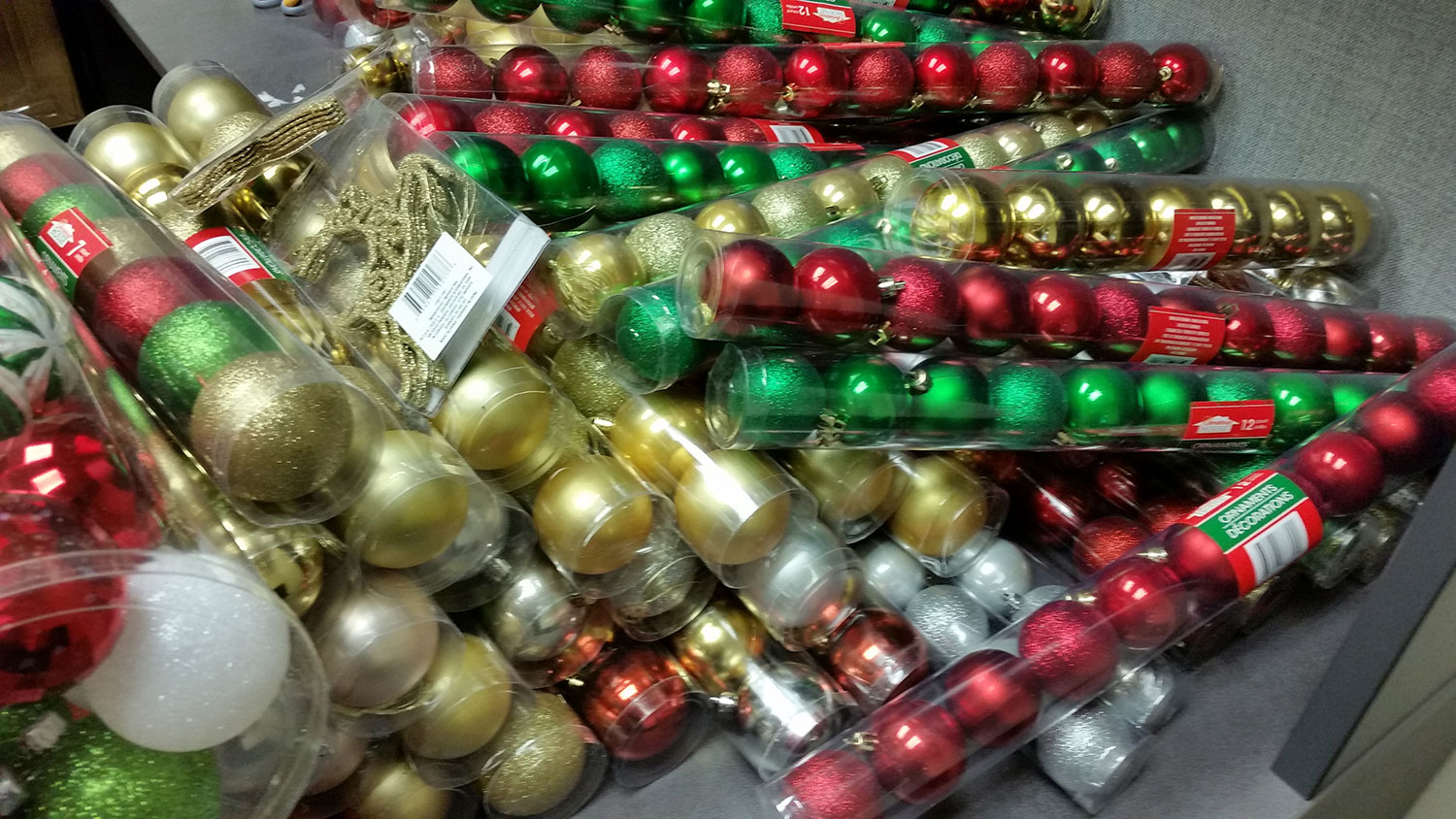 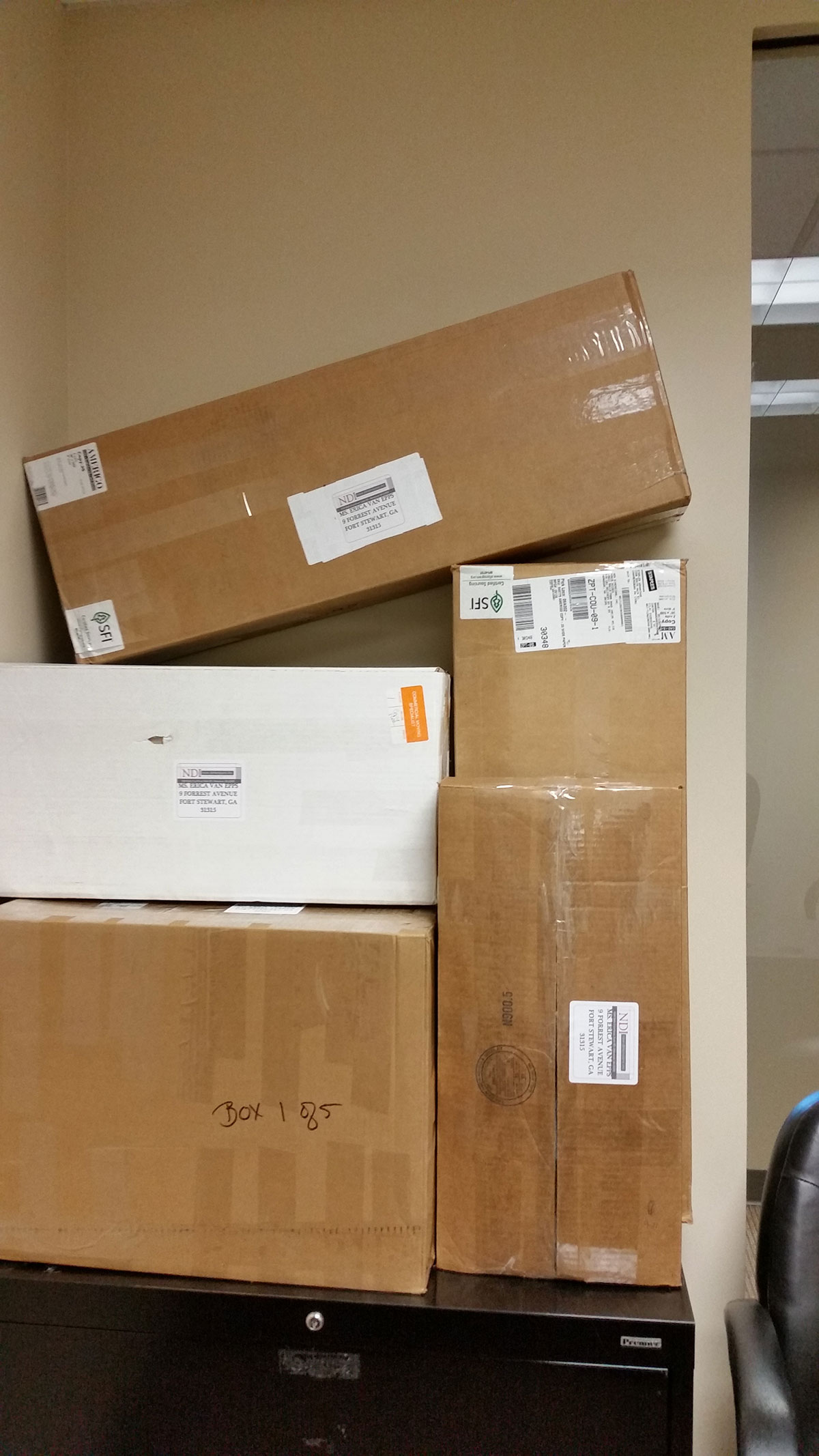 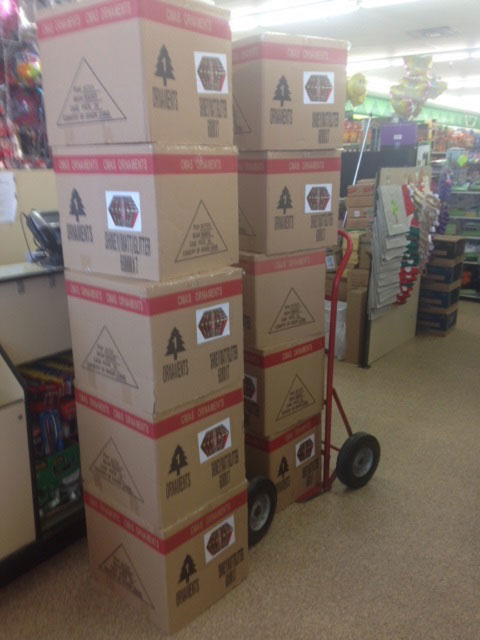 In total, we sent about 2600 ornaments to Fort Stewart for the trees on Warrior’s Walk. 2600 ornaments! Erica said the Gold Star moms were so touched at the gesture.

And today is tree day! 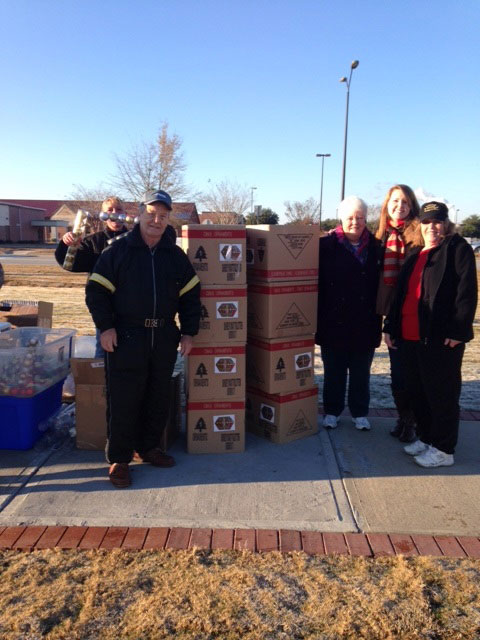 There were soldiers on hand to help decorate the trees. 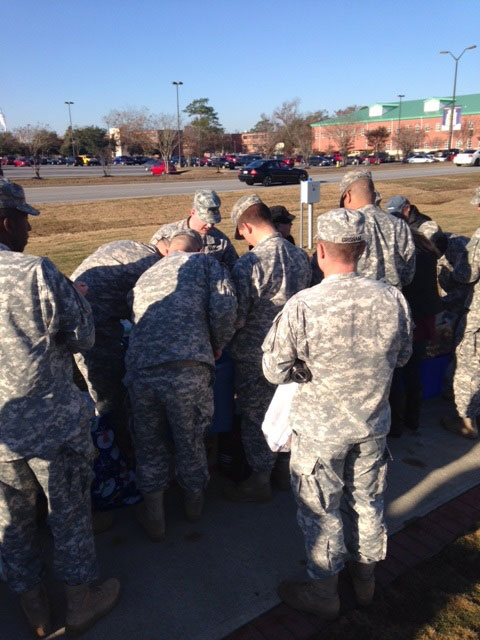 And after they were done, ALL of the trees were beautifully decorated with ornaments. 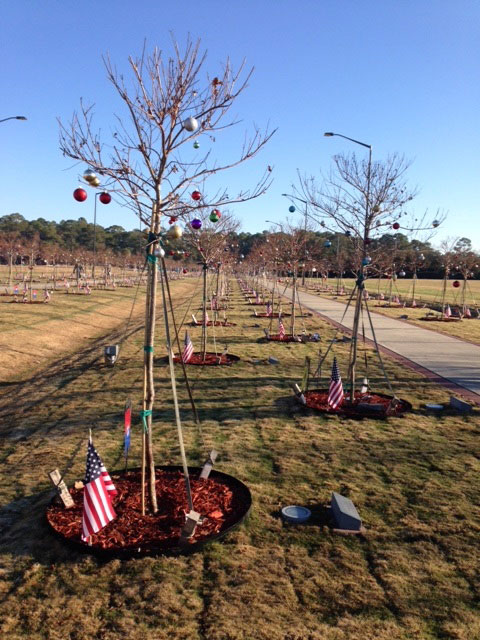 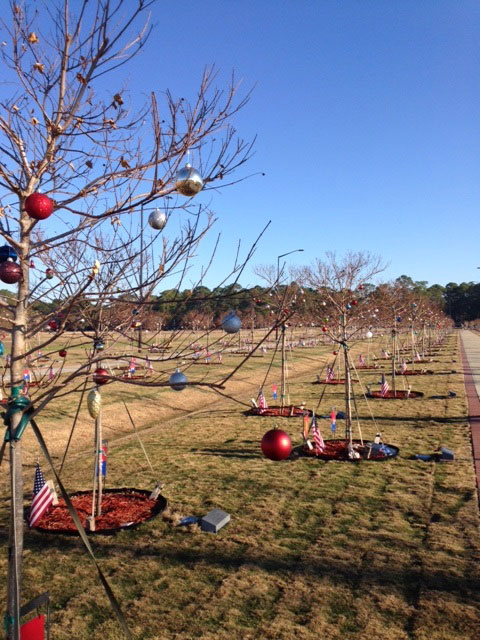 So what does Christmas mean to me? This year it means being thankful for the sacrifice those brave soldiers from Fort Stewart made for our country.

And I’ll also be thinking of their sweet mamas.