Home / How To Build A Custom Home Series: The Foundation Stage

I’m writing a blog series chronicling the step by step process of building a custom home. I thought it would be helpful to blog about the process from start to finish. I did a similar series a few years ago but this time around, I hope to take you more behind the scenes and share the ins and outs of construction. We are building our next spec/model home on Greenwich Street in Falls Church (Fairfax County, McLean school pyramid) so it’s perfect timing!

Since I’ve already covered what goes into the foundation stage in earlier posts (HERE & HERE), I thought it might be helpful to tell you what to expect during this first phase of construction.

From the dig to walls to plumbing ground works and slabs, you can expect the foundation stage to take about 30 days. Sometimes we can do it a little faster with good weather and no surprises (see below for more on that) but on average it takes a month. We got pretty lucky at Greenwich – no weather delays and minimal site issues. The soil on this lot was very good! 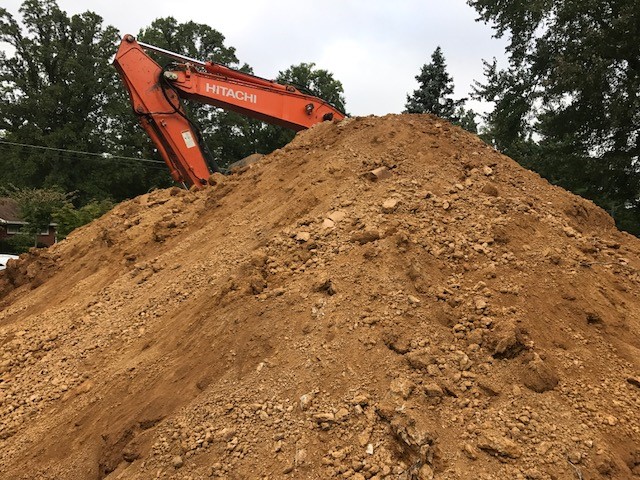 And pretty but there was a lot of it. Speaking of…

Expect To Need Dirt Removed From The Lot During Excavation

Most of the projects we’re doing are infill. Meaning, we’re tearing down a much smaller house in an existing neighborhood and building a much larger house in it’s place. The house we tore down on Greenwich didn’t have a full basement so when we went to excavate for the new basement (with 9′ walls), we removed a lot of dirt. Most of the dirt removed during excavation isn’t needed for backfill so whatever is leftover needs to be removed to make room on the lot. On the day of the dig at Greenwich, there were dump trucks lined up to take the dirt away as it’s coming out of the hole. 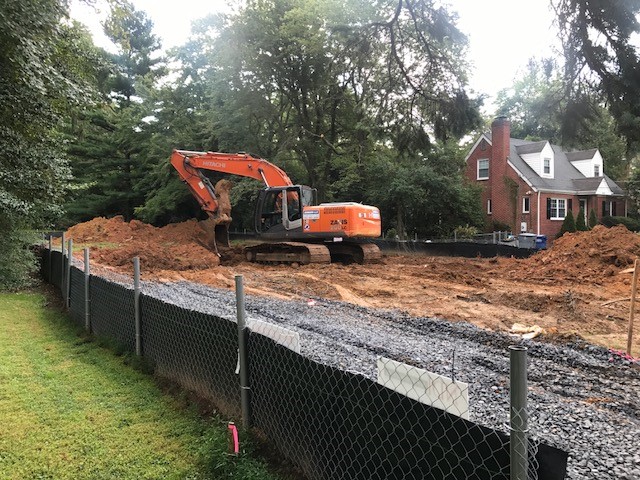 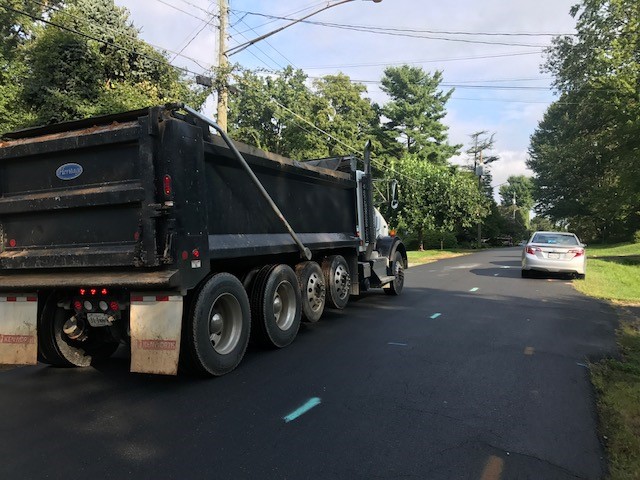 So let’s talk about dirt removal. It can be challenging for the site contractor because it’s typically a lot of dirt and they have to have a place to put it. Often that means hiring trucks to take it to a dump facility. Dirt removal is expensive. I spent $12,500 on dirt removal for my personal home 10 years ago. On Greenwich, we paid $14,000 to have the extra dirt removed.

There are only a handful of dependable companies who do residential site development. The big guys do the big jobs. The little guys are hard to deal with (don’t show up, don’t do the job correctly, etc.). Over the years we’ve been able to establish relationships with a couple of good companies who have been in business for a long time. Companies I would ask to work on my personal home. And every time we have them all bid a job, all the bids come in about the same.

So what are your options?

Tip #1 – get multiple bids so you can compare. This is key for any aspect of your site development. We always try and get two bids (when possible).

Tip #2 – consider a contract @ cost per load vs. a flat rate to remove the dirt. There is a bit of risk here because if there is more dirt than anticipated, you could end up paying a little more. We’ve done bids both ways and I’m still not sure which method is better.

Bottom line – dirt removal is annoying (and really expensive) but also a necessary evil when building a new home. If you’d ever like to commiserate with someone, feel free to give me a call.

If something unexpected is going to come up, it’s likely to happen during the dig. Does it happen on every site? No. But little things can come up that no one can anticipate until we dig. On Greenwich, I was expecting the worst. The original house didn’t have a full basement (there’s usually a reason why a home isn’t built on a basement) and the area has a known high water table. So all my little fingers and toes were crossed when the dig started.

And we lucked out. The hole was dry as a bone and the dirt was great. The only slight issue was that the old house footprint was in the new footprint and the disturbed soil under the new garage wouldn’t support the 4′ garage walls. Easy to fix though – extend the garage walls and we were good to go! 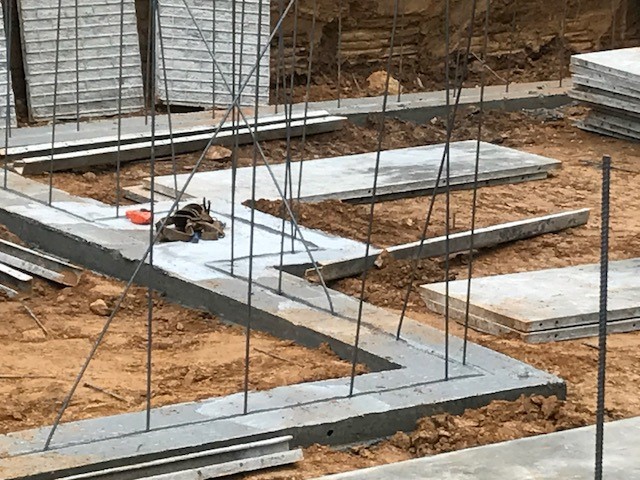 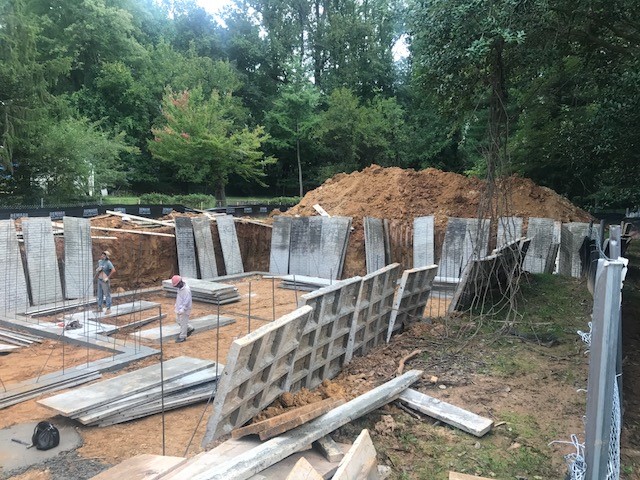 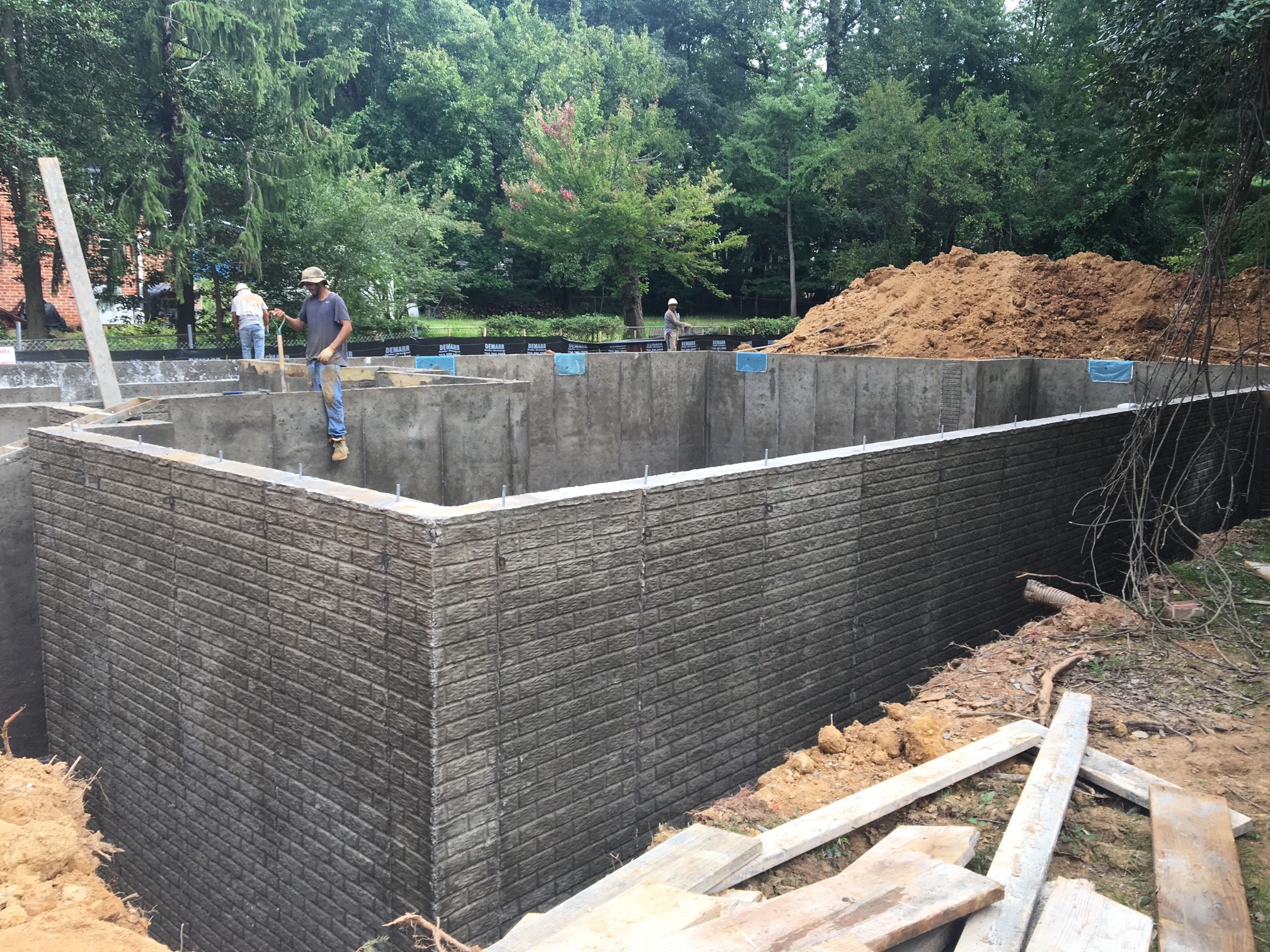 After the initial dig, it wasn’t long before walls were poured and the backfill was complete. Next up – FRAMING! 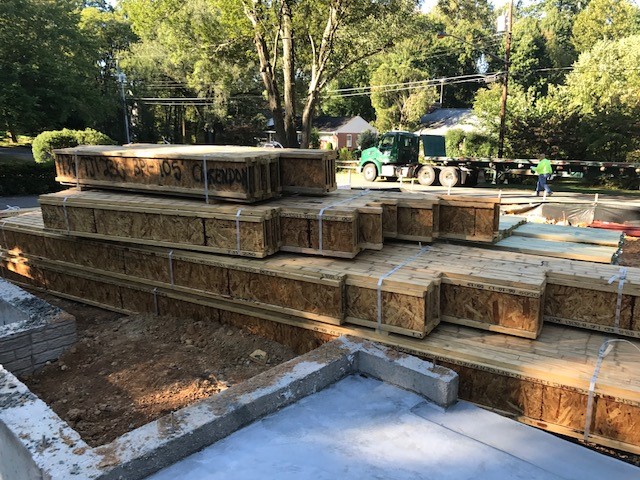 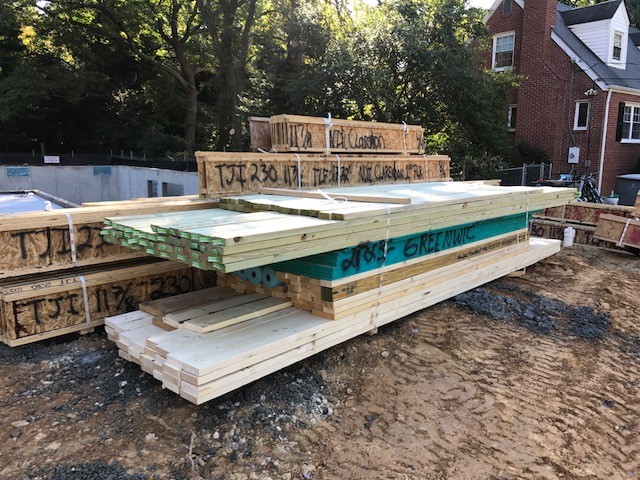 Does all of this make you nervous? I know. It can be stressful not knowing exactly what to expect because if something is going to happen, it doesn’t matter who is building your home, you will have to deal with it. The key is choosing a builder you can trust to work with you to solve the problem. Find a builder with integrity and you can’t go wrong.